Kobe announced his retirement yesterday. You were a guy that grew up in the L.A. area, maybe idolized him. What were your first thoughts?

It's crazy man. Me growing up in L.A., being able to watch Kobe, he was one of the guys I looked up to. Crazy to see him hang it up. Obviously he was one of the greatest players to play the game and somebody I learned a lot from. His demeanor, his attitude, his competitive nature, it's gonna be crazy to not see him on the floor. Throughout this season, I want to get an opportunity to thank him for what he did for the game of basketball. Just for me, being a kid in L.A., it was good for me.

You talk about learning from him, I know we've talked about some of the post moves you took from him. What else have you learned?

He's always spoken very highly of you and your killer instinct mentality. Has that meant a lot to you?

Definitely, man, especially coming from him. He's a guy I watched and tried to gain that from and watched how he carried himself on the floor. So it means a lot coming from him. 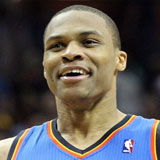