I did idolize Kobe Bryant. I studied him, wanted to be like him. He was our Michael Jordan. I watched Michael towards the end of his career when he was with the Wizards, and I seen that’s what Kobe emerged as the guy for us.

I’ve been disappointed this year because you guys treated him like s—. He’s a legend, and all I hear is about how bad he’s playing, how bad he’s shooting. It’s time for him to hang it up. You guys treated one of our legends like s—, and I didn’t really like it. So hopefully, now you can start being nice to him now that he decided to retire after this year. It was sad the way he was getting treated, in my opinion.

But he had just an amazing career, a guy who changed the game for me as a player mentally and physically. Means so much to the game of basketball. Somebody I’m always going to look to for advice, for help, for anything. Just a brilliant, brilliant, intelligent man. And it’s sad to see him go. 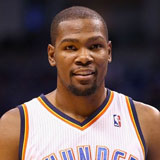